{Excerpts from a recently submitted essay}

It is easy to ask the question “Does globalization do more harm than good”, take a side and engage in an Aristotelian either/or debate. It is also a childish way of addressing a complex topic. Globalization is here to stay. It is really more important to ask the utilitarian question of how do we g 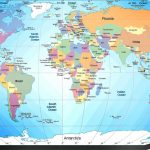 One of the positive aspects of globalization versus its predecessors is that the tools used are much more peaceful and less destructive. Why send in expensive troops when you can send in jobs and sit-coms? We would like to think that this is an ‘exchange of ideas’ and that other countries are sharing equally with us. However for every “Gangnam Style” music explosion or the embracing of authors like Khaled Hosseini, we are exporting billion dollar movie franchises and selling cigarettes to low-income countries at a profit rate never before seen (http://global.tobaccofreekids.org/files/pdfs/en/Global_Cigarette_Industry_pdf.pdf).

Let’s refrain from pure cynicism and mere capitalist bashing though. There is an organization called Flashdrives for Freedom that is sure that the best way to take down the North Korean regime by smuggling in USB drives with American popular culture on them (https://www.theguardian.com/world/2016/mar/22/flashdrives-for-freedom-north-korea-20000-usb-sticks). Flashdrives for Freedom is certain that when enough North Koreans are exposed to the wonders of Western culture, regime change is sure to follow.

There is no doubt that globalization has had an adverse effect on Middle America’s economic stance, taking away manufacturer jobs with sustainable wages in exchange for fancy smartphones and cheap prices at Walmart. As a whole for America, globalization has been a boon but it’s hard to appreciate that when Main Street is all boarded up. The demonization of globalization is occurring because the technocrats who are winning at this new global game are neglecting to share with the displaced factory workers. It is the phenomenon of the “McWorld” we read about. Worse, some of these American victims of “McWorld” are falling into the tribalist trap, blaming the ethnic Other for their ills.

As always, I see the key to a better tomorrow in Education and Democracy. Globalization built upon educating everyone as much as we can will pay for itself. Productivity and success will be our proof as the world learns more about itself and its people stand and contribute for the good of all.