In 1933, Johan Huzinga released a book called Homo Ludens, whose title roughly translated as “Man the Game Player” or “Man who Plays”.  His concept was simple, that the notion and practice of play is important within and to build culture.

Hip Hop often refers to “The Game”.  As with most vague analogies, one can take it to mean several things depending on context.  For instance, “the Rap Game”:  Learn how to produce engaging content, usually music.  Retain rights to this content while procuring distribution and promotion.  Promote and establish a brand.  Capitalize with paid appearances, performances and sell associated product.  Diversify and elevate your portfolio.

Simple enough in theory.  Some play this as a zero-sum game, which means that in order for me to win, my opponent has to lose.  This never works out that well for that long.  Some, like Jay-Z, play an advanced form of non-zero-sum game wherein a rising tide lifts all ships.  The trick here is to engage other players who understand that the brand is set and can be added to but never diminished.  It is necessary for all players to ‘know their lane’ and work hard in their role for the co-operative pay-off.  The Game is sequential mixed strategy in that one must adjust or change completely their strategy at each stage or series of actions in order to continue to participate in the ever-evolving Game.

It is this sense of play and gamesmanship that advances Hip Hop culture, in fact that advances civilization at all.  In this greater Game of Civilization, many agree that non-zero-sum strategies are best. However, it is imperative to remember that many advanced players have switched to versions that are zero-sum. They are willing to declare as sacrificial large groups of people, races, countries, and even planets in order to feel that they are winning.

[NOTE:  Books and other media are discussed on this blog from my private viewpoint. These are not reviews and will probably contain spoilers.  For pure reviews, please consult my Goodreads profile. The discussions will be updated as I feel apropos.]

My man Herbert George Wells and Jack the Ripper.  The best and the worst of the 19th century.  Throw them in an easy co-option of H.G.’s Time Machine and make them run around the 20th century in some sort of wacky chase. With a love interest so we can hire a pretty chick.

I first watched this on a lazy Saturday afternoon in a bar sometime in the mid-00s.  Watching it again in 2018 while puttering in the book shop was about the same.  Nice time, dumb plot. H.G. deserves better.

Reflections on a Glossary entry.

dē-kən-ˈstrək-shən  Originally a literary theory by Jacques Derrida, deconstruction is a philosophy which explores the idea that meaning is only possible within arbitrary context.  It is often pitched as in opposition to analytical theories, especially those based in structuralism.  Although Derrida’s ideas were about literary analysis, deconstruction has been applied to various other branches, including architecture, music, social theories, law, and linguistics.

Deconstruction is important in the Age of Information as way of understanding how and why communications, especially on the internet, are wholly dependent on the assumed arbitrary context of the content creator and content consumer.  Meme culture is a good example of this. 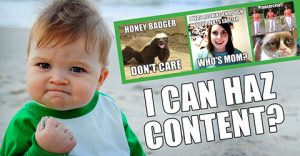 Ultimately my paper is going the relationship between Hip Hop culture and New Media technology.  An important part of my understanding of this, and life itself, is the concept of Deconstruction, which was originally presented as a literary theory by Jacques Derrida.

To present Deconstruction in as simple a form as I can manage: “Meaning is dependent on context”.   This is of course an oversimplification that, while making the concept accessible to more people, misrepresents Deconstruction. This is where we start the enter the woods.

By explaining Deconstruction, I will start to use words, terms, and phrases that will assume unspoken agreements of truth and context.  Many of these are cultural. For instance, my phrase above about ‘entering the woods’.  This assumes an understanding of swiftly dwindling upper Northern Hemisphere environments predominately European and American. In 50-100 years from now this phrase will be archaic, or even fantastical like ‘slaying dragons’.

Much of our communication depends on these contextual, cultural clues.  The more complex the subject, the more reliant we are on context.  One could argue that at some points all we are doing is communicating context without any substance or meaning whatsoever.  In fact, Deconstruction has a bit of a dirty reputation for being used to expose the lack of actual communication that is going on.  Many a lazy philosophy student I’m sure has used it to declare their classes meaningless.

Hip Hop is a syncretic culture and artform that has often taken cultural pieces and created new meaning from them by changing the context.  Let us take, for instance, the vinyl record.  A technological advancement to preserve sound so that we can share it across time and space.  A way of archiving a musical performance.  Now let us take two copies of the same record and use them to repeat a certain passage.  I play the 16 bars on record player #1 and at the end start playing the same 16 bars on player #2.  While playing on #2, I reset player #1 so that when player #2 is done, I’m playing the passage on #1 again and resetting #2.  Viola, a breakbeat.  I have manually created a loop. The records and players are now a loop machine.

Let us go further and manually manipulate a record, pulling it back and forth, to keep playing a few seconds worth of sound.  I manipulate the ‘scratch’ with a fader and artistically add the sounds to a piece and I have made the record and player into a musical instrument.

Now the deeper use of deconstruction is when I take samples and scratches of sound and layer them in a different context than their original.  Do you need to know the original piece referenced to enjoy the new?  No.  In some instances that knowledge might help you understand the artist’s deep meaning.  In others it was just a cool sound.

Hip Hop does this non-musically as well.  The Culture has always taken technology and used it innovatively, New Media being no exception.